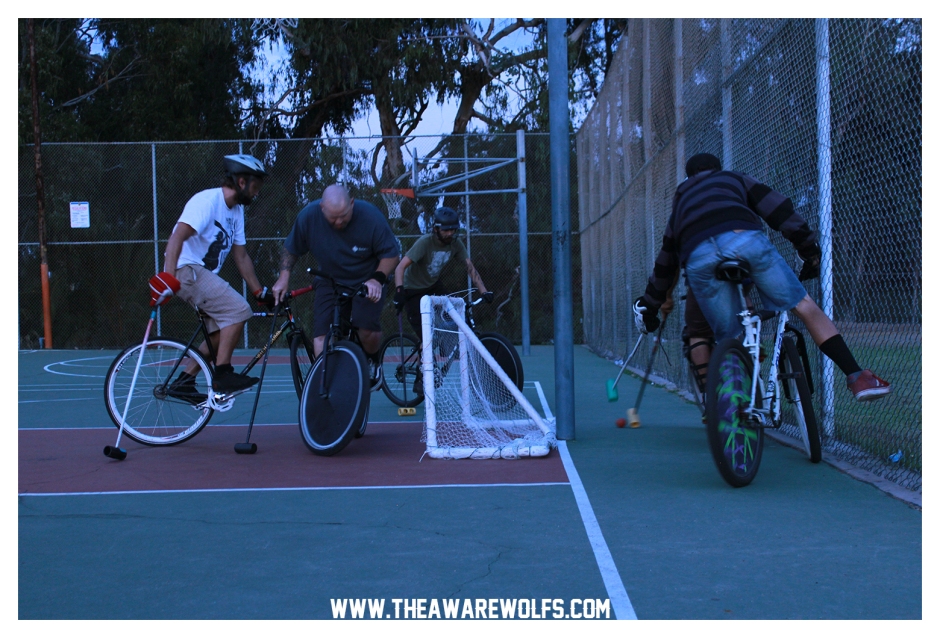 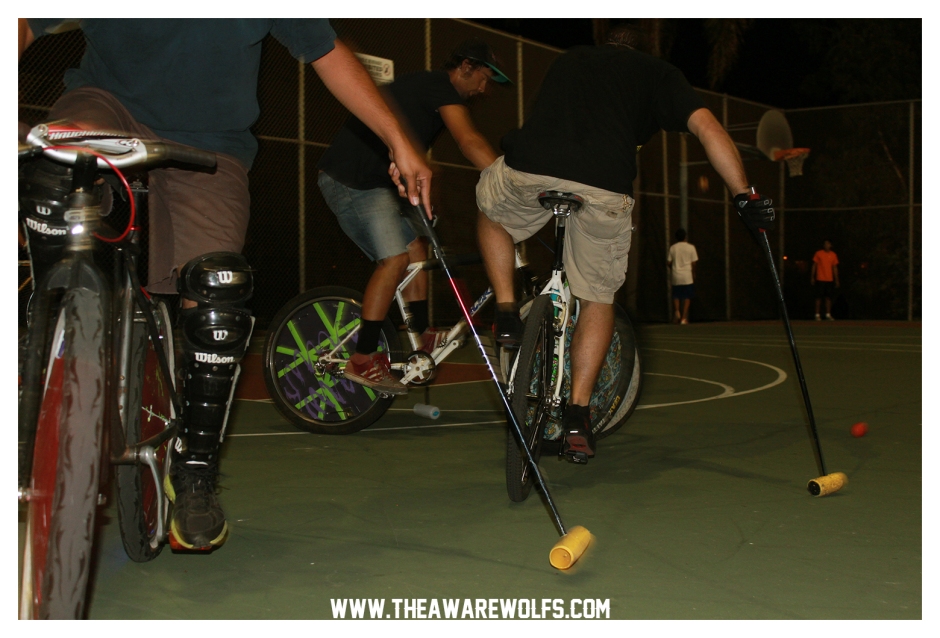 Wednesdays at the Golden Hill Rec Center from 7-930.

Through talking with them, finding a decent court to play on is hard to come by and there is pretty much zero support from the city right now. They’d love to have more and more people come out and get involved. They even bring a couple loaner bikes for new comers!

Found this news story that has a pretty good history of where SD Bike Polo came to be :

I have played Bike Polo twice. Once in Temecula CA and once in Las Vegas NV. It is such a blast but I just never was in to competitive stuff so I never really pursued it. Just not my thing ya know? I met one rider at SD Bike Polo though while shooting these photos that made me realize something really important to keep in mind. He told me that he had never really rode bikes that much but got in to Bike Polo a little over a year ago. Since then, he’s built up three bikes and plays polo twice a week every week.

So awesome right? Obviously, Bike Polo was EXACTLY his thing.

Everyone is welcome to check them out. They’d love to have your support!

The best way to stay up to date with them is on their Facebook : HERE