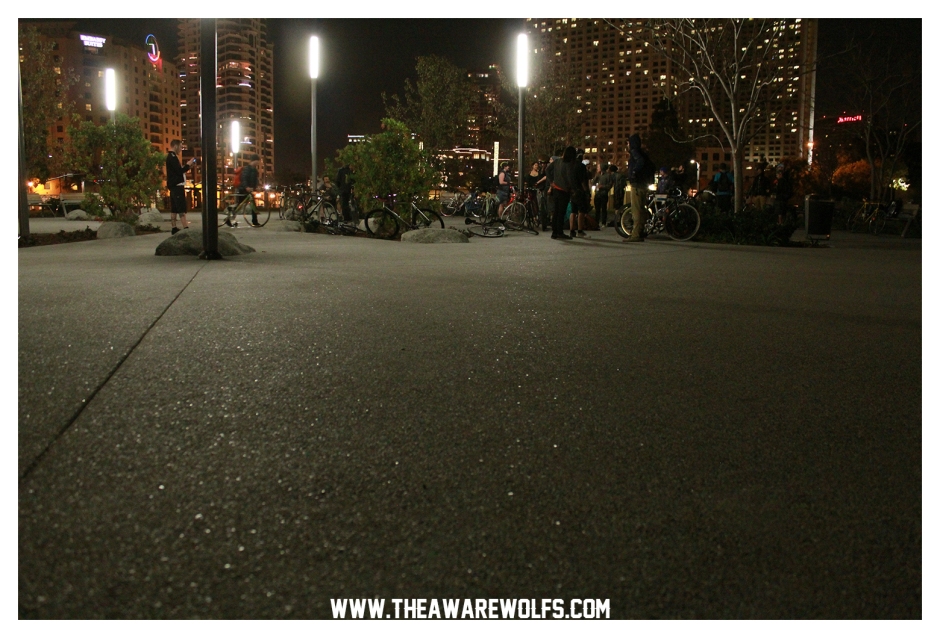 What a good change!

First off, we met downtown in a new park called Ruocco Park. Its right by the Midway, a retired aircraft carrier, and right on the harbor with an awesome view of the water and Downtown San Diego. After we chilled for a few, we headed out – and we headed South. Never have we ever done a FMBR south so needless to say, a bunch of the riders from that way were stoked. The change of scenery was welcomed as well but there is a reason we don’t like to lead rides that way..

After a stop under the Coronado Bridge for some snacks,  we made our way down Harbor Drive; possibly one of the WORST roads in San Diego. It has soo many potholes, train tracks, and its very poorly lit. We were actually pretty surprised we only had ONE flat, but unfortunately two riders crashed. Both riders are kind of fine but it just really sucks that it happened. Both crashes were due to the road situations that easily could be fixed. Hopefully, with all the new planning San Diego is going to be doing with bicycles, Harbor Drive can be given some love.

We capped off the night at Pier 32, basking under the incredibly fullmoon, before all going our separate ways. This fullmoon is called the full “Cold Moon” because Native American tribes felt that this moon was when winter tightened its grip. How freaking blessed are we though that we were doing this ride, some of us in SHORTS, in DECEMBER!

Good game everyone and thanks for cruising out!

You will NOT regret it. Swear.