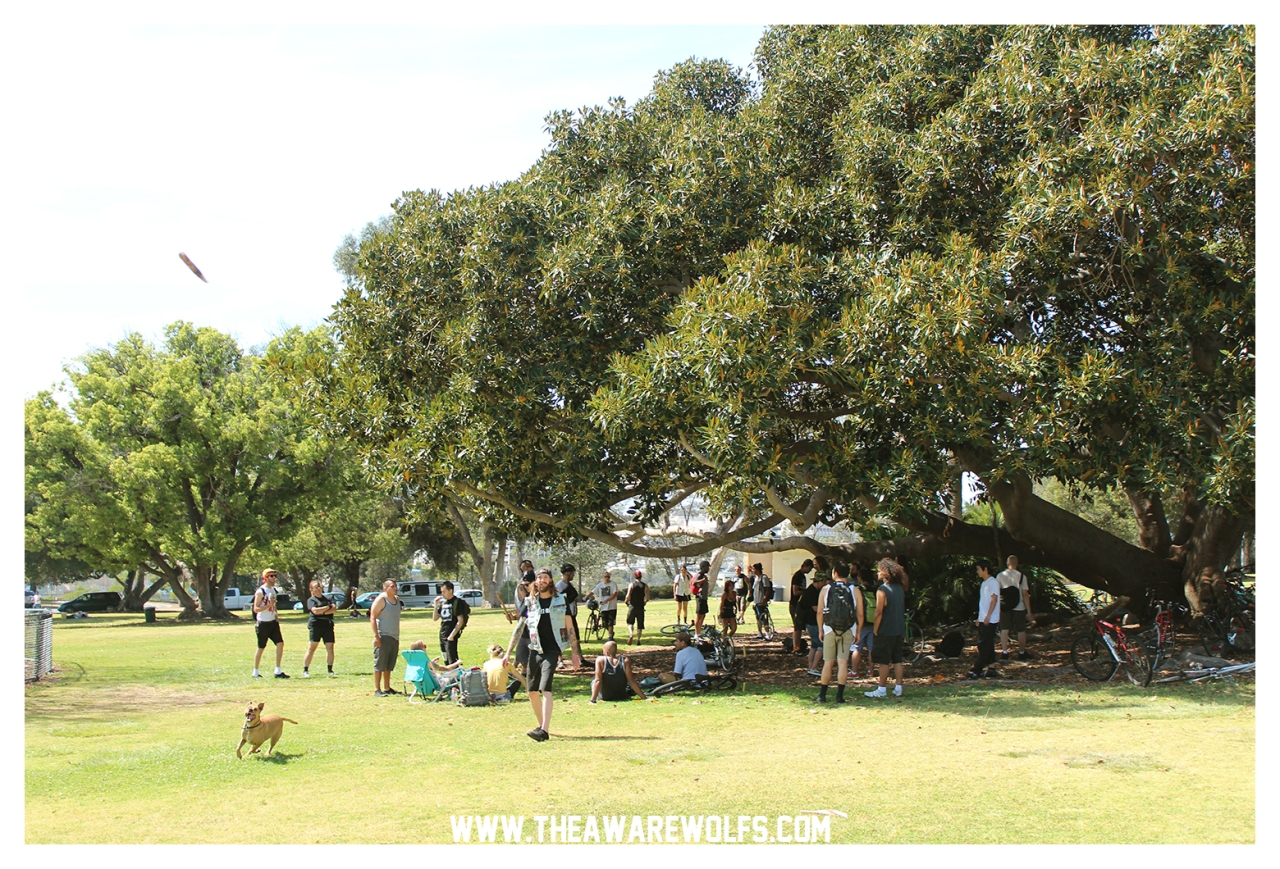 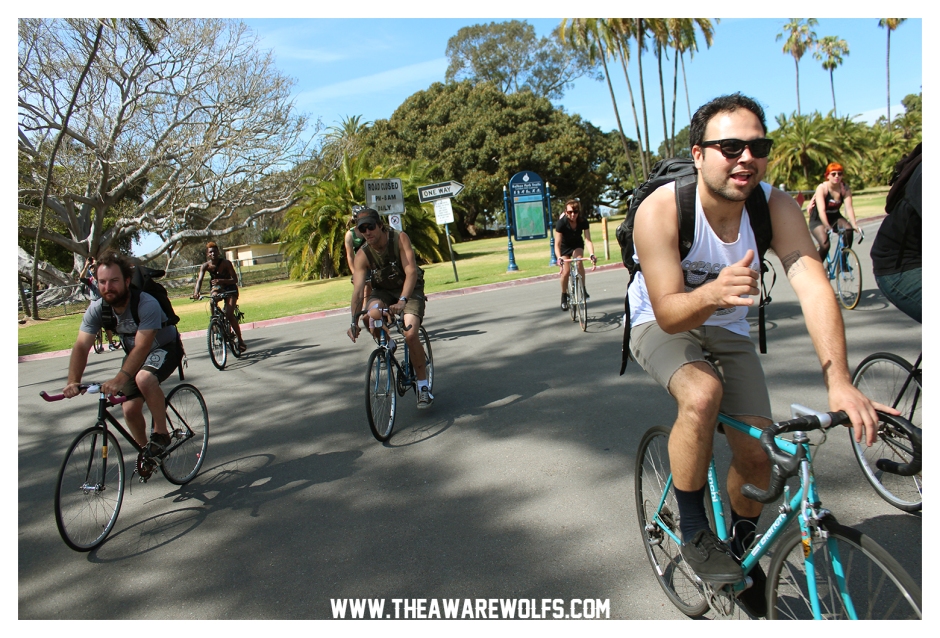 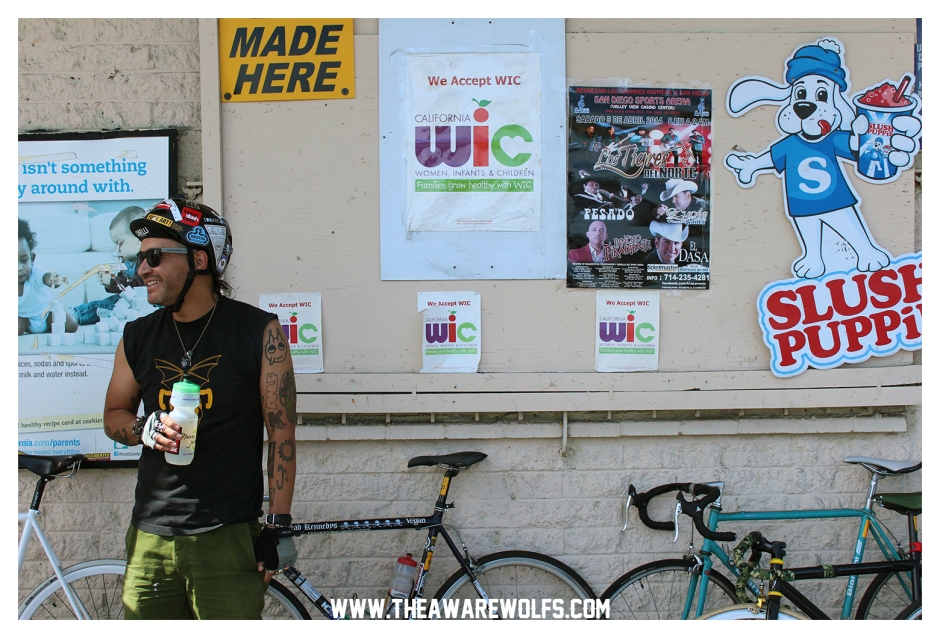 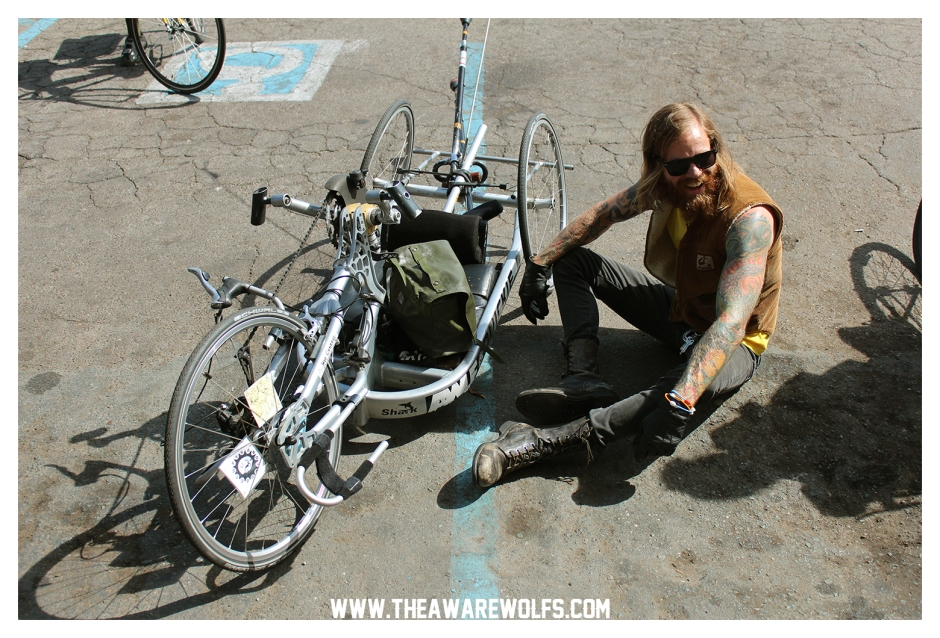 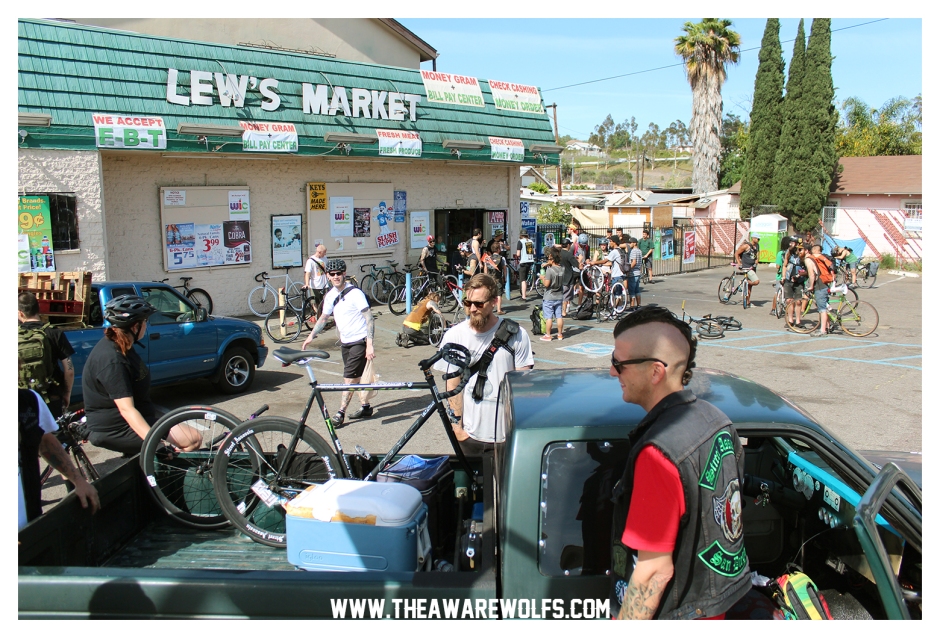 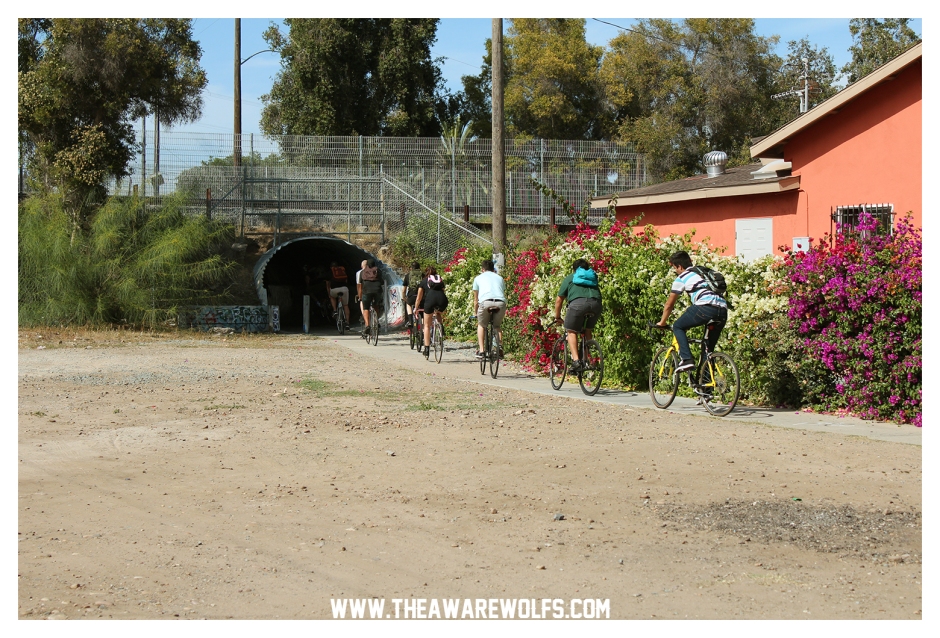 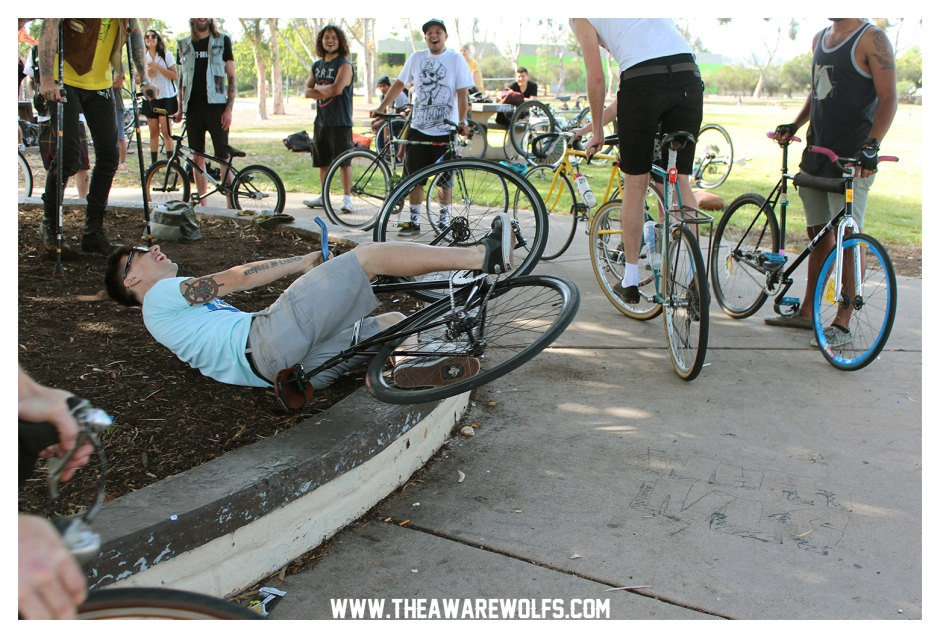 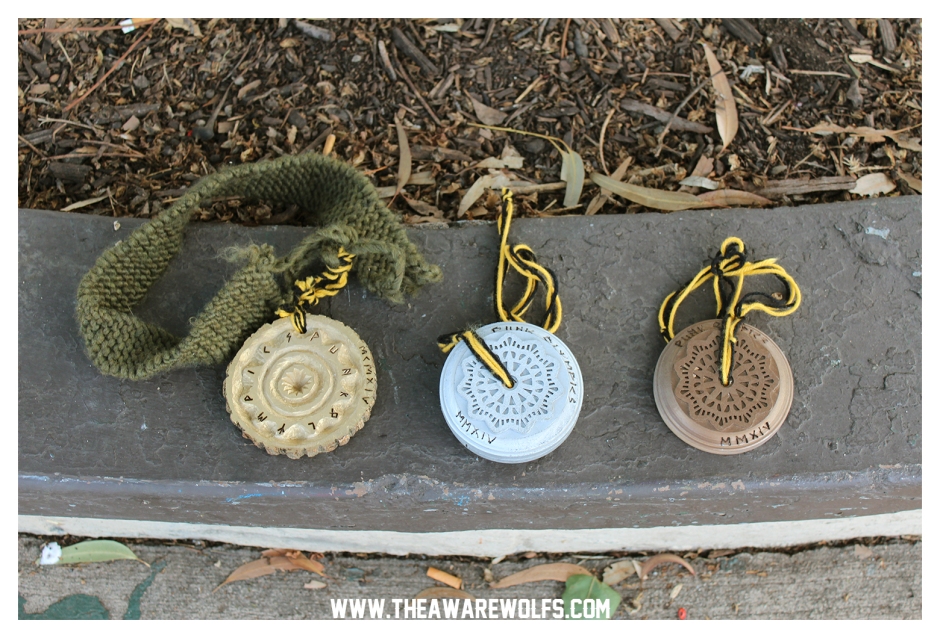 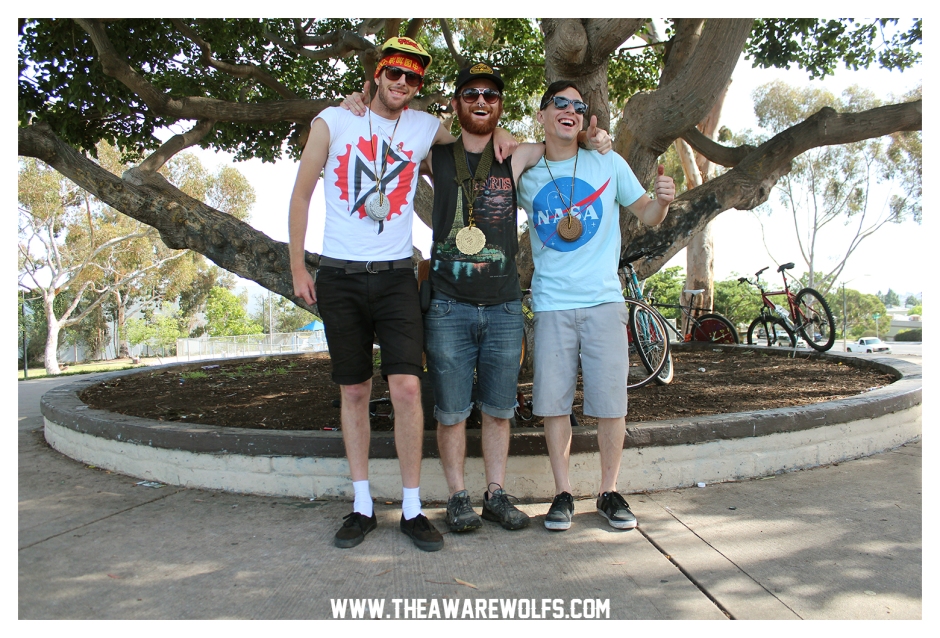 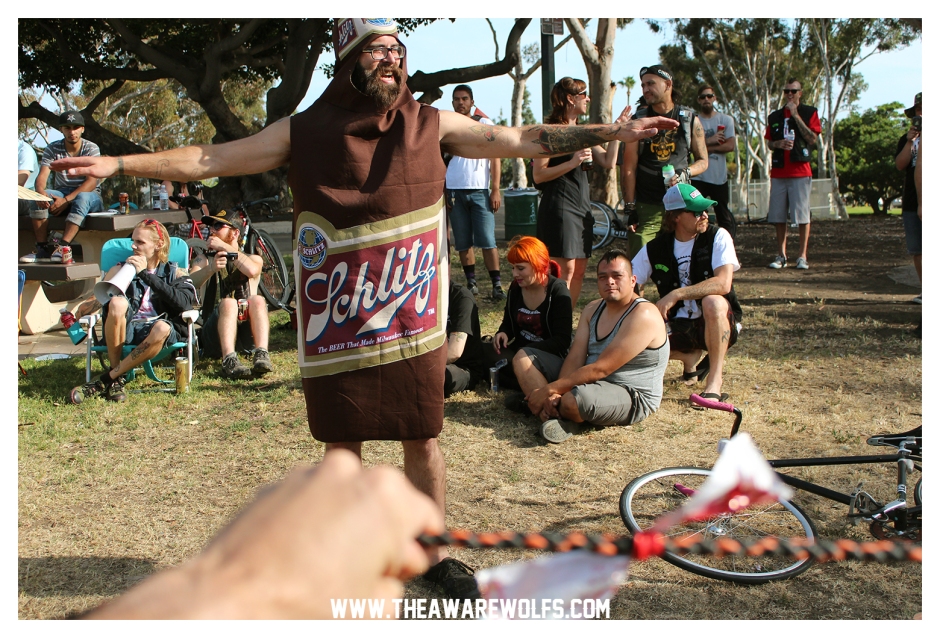 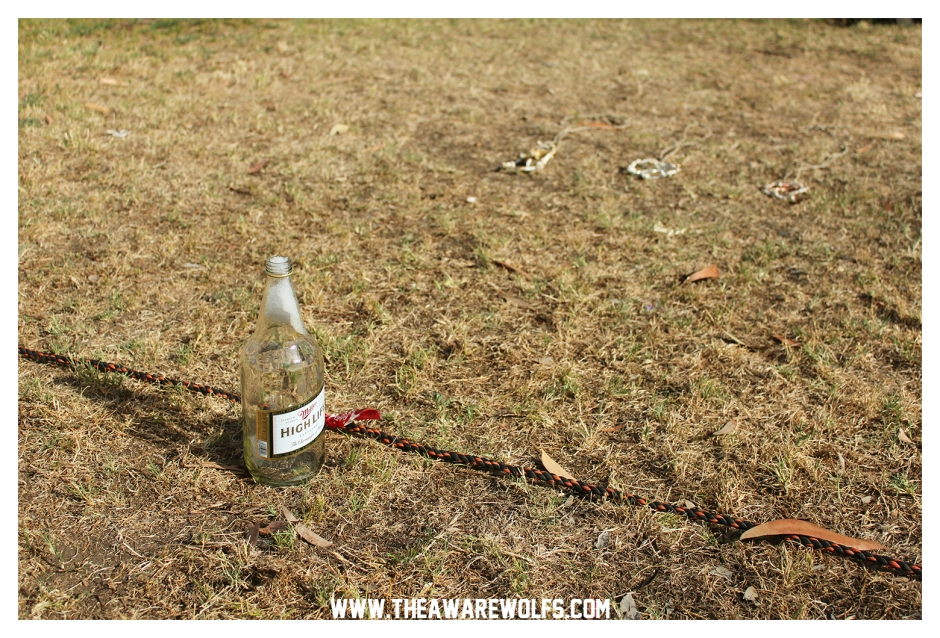 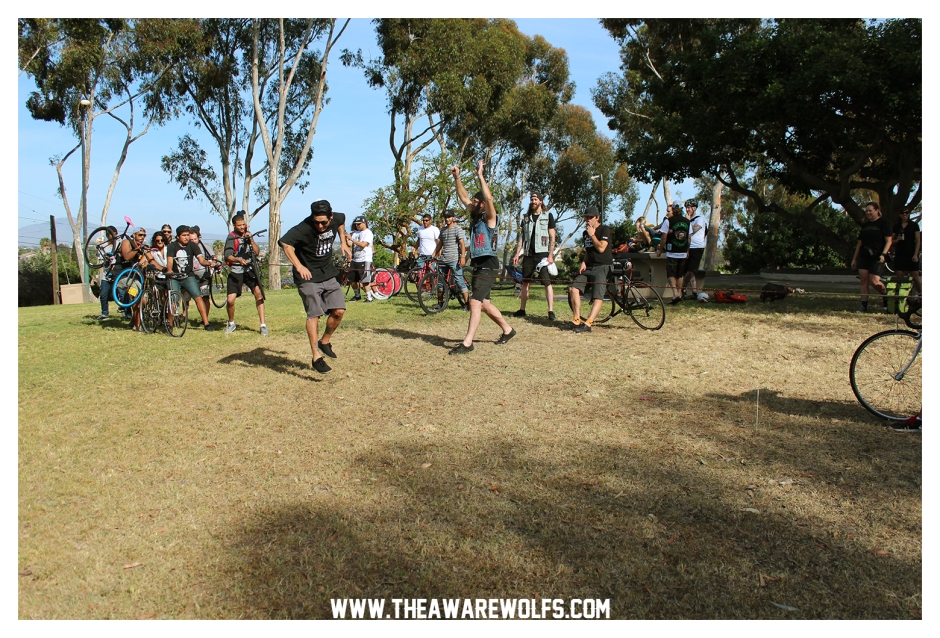 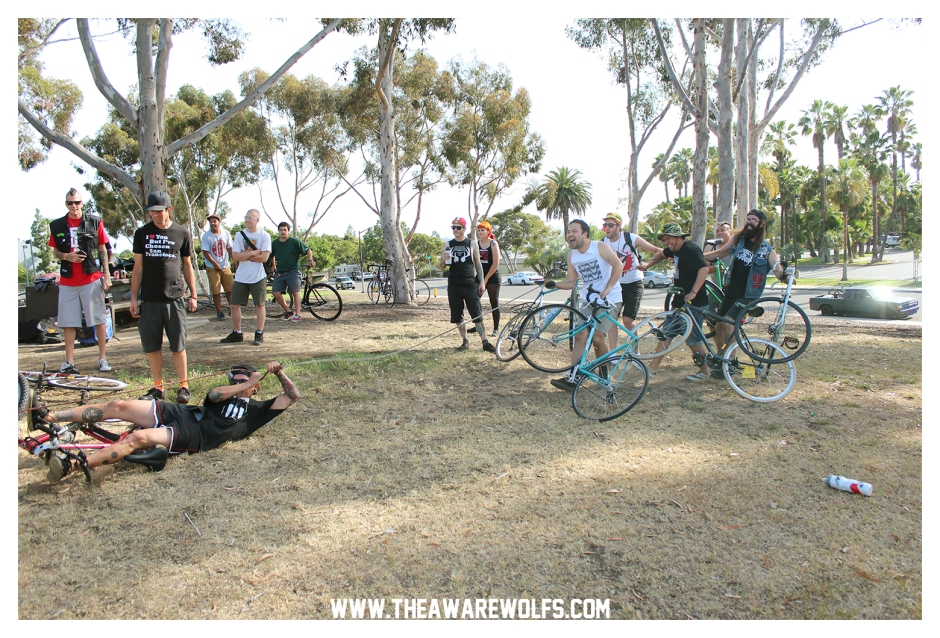 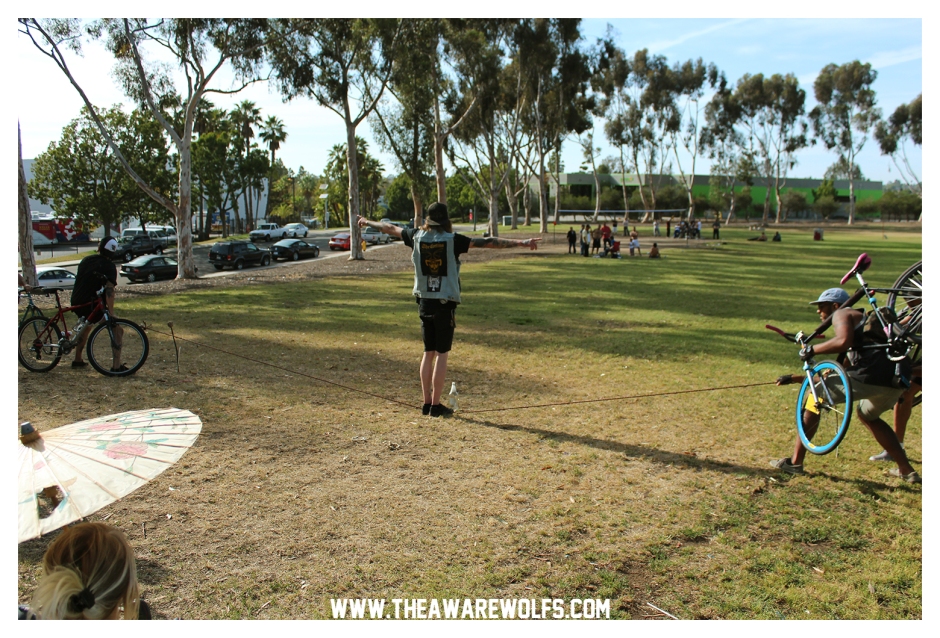 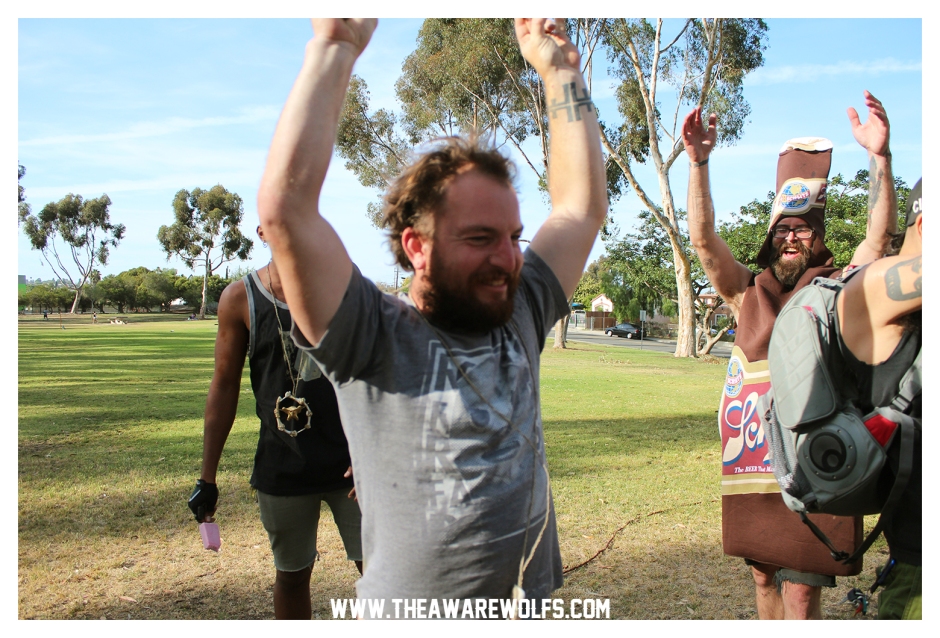 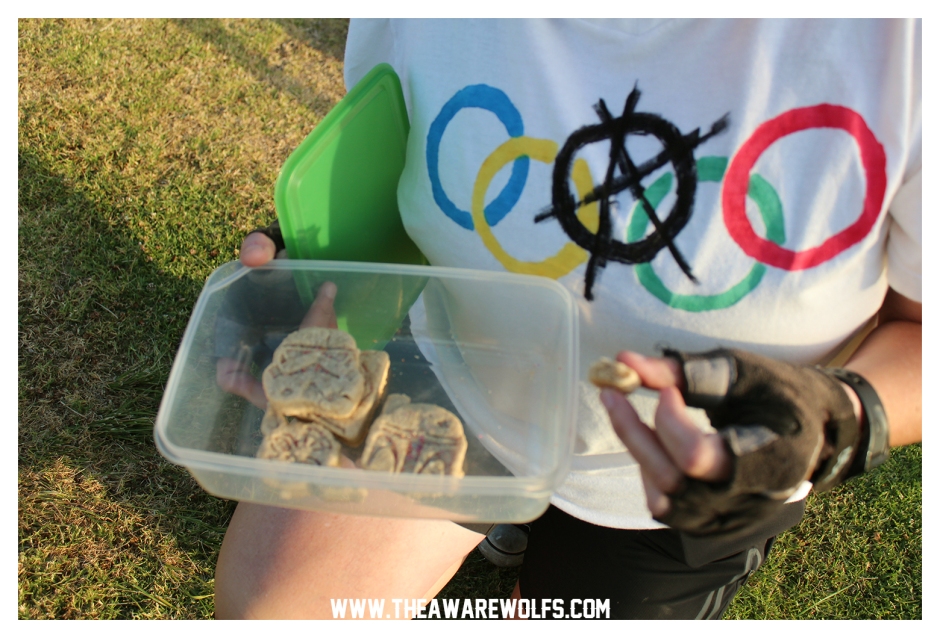 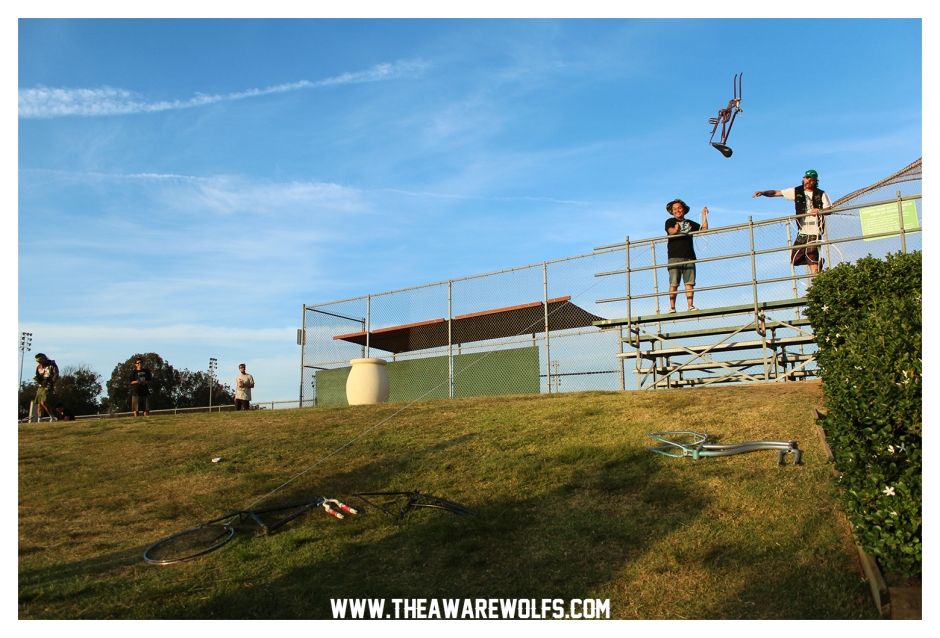 ^ Catch and release of course. 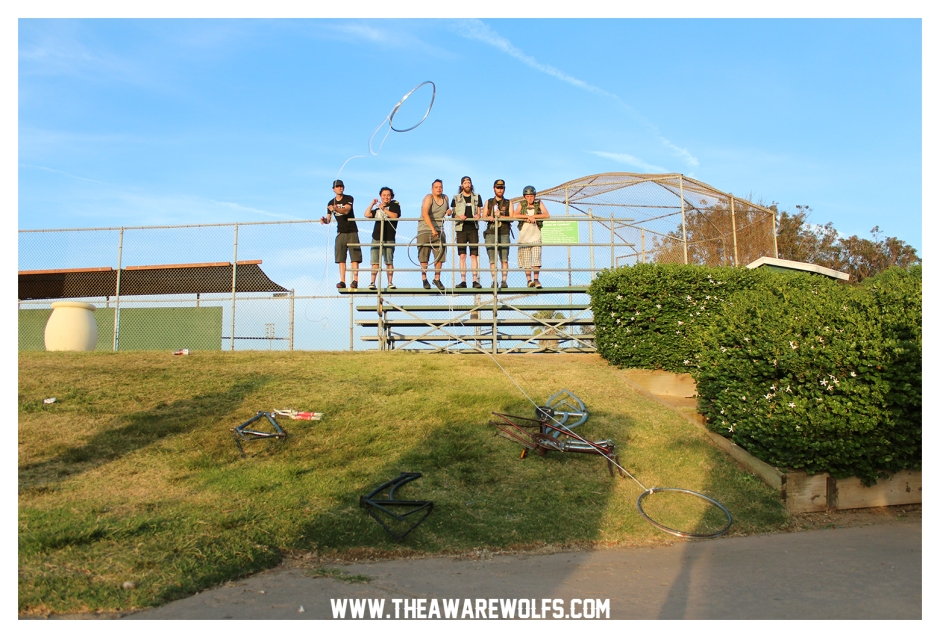 Once every bicycle warrior was accounted for, the opening ceremony began. We lit the Punk Olympic Rings ablaze and once the flame died, the games began – but not until after a ride TO the games…

We all casually mobbed over to Grant Hill Park for Foot Down and Tug of War.

Ian Dosland hosted Foot Down and hand whittled some of the most amazing ‘medals’ ever. He wrote ‘Punk Olympics’ in some Norwegian Viking language or something like that and they we just the utmost EPIC. Probably 20 people entered Foot Down and by the end, it got INTENSE. Nick Solem won by like .00001 seconds and if you look above, I got the photo to prove it!

For Tug of War, participants had to hold their bike in one hand while pulling with the other. Rude hosted and crafted the most brutal ‘medals’ ever. His medals were chicken bones held together by gold, silver, and bronze wire. Tug of War started out teams but eventually the winning team was divided in half and squared off against each other. For the final round we lit the markers on fire just to make it metal and Garrett Joyner came out victorious!

After tug of war, we all rode to the velodrome for some final games. All of us got SO in to the first two games that the final games, Bike Fishing and U-Lock Horseshoe, were just casually played. And that’s ok cause all in all, one of the funnest days EVER. Thanks soooo much to everyone who came out!